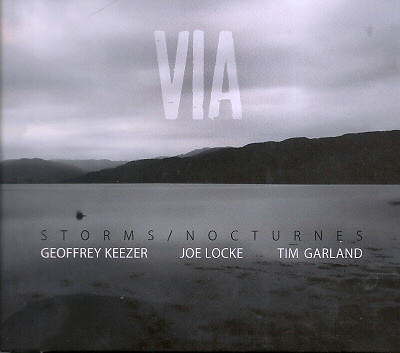 Among the many friends I have made in a lifetime in music, Tim Garland is top of the list – he personifies “Mozart would have been a jazzer if he were alive today”.

Tim and Amanda with their children Rosa and Joseph spent a week at Ripertoli in 2009, and Tim was inspired to write this wonderful piece, using our Clavinova electric piano. If you like music, please click on the “Play” arrow below, and read Tim’s sleeve notes which explain how Ripertoli inspired him to write it.

I can’t claim that the music played by my band “The Dark Blues” was inspired by Ripertoli, but we have played several concerts in Greve and – seeĀ Nigel singing at a Dark Blues concert in Greve (from YouTube) , Panzano and Lamole over the years, and our CDs can be found among the large music library in the house – see also Dark Blues recordings.

Sleeve notes from their CD ‘VIA’.

“Ripertoli: A Tuscan farmhouse magically presented by good friends Nigel and Deborah Tully. Walking at dawn one morning I was struck by the whole environment teaming with life, from the movements in every hedge and cracks in old stone, to the distant sound of animal and bird calls. It was like a lot of melodies woven together, very joyous but also mysterious and intense, like the heat that hits shortly after sunrise.”

Leslie East OBE, good friend and fellow PastMaster of the Worshipful Company of Musicians, wrote the Ripertoli Rag when staying here with his wife Lil in 2015. Good readers of music : give it a go ! 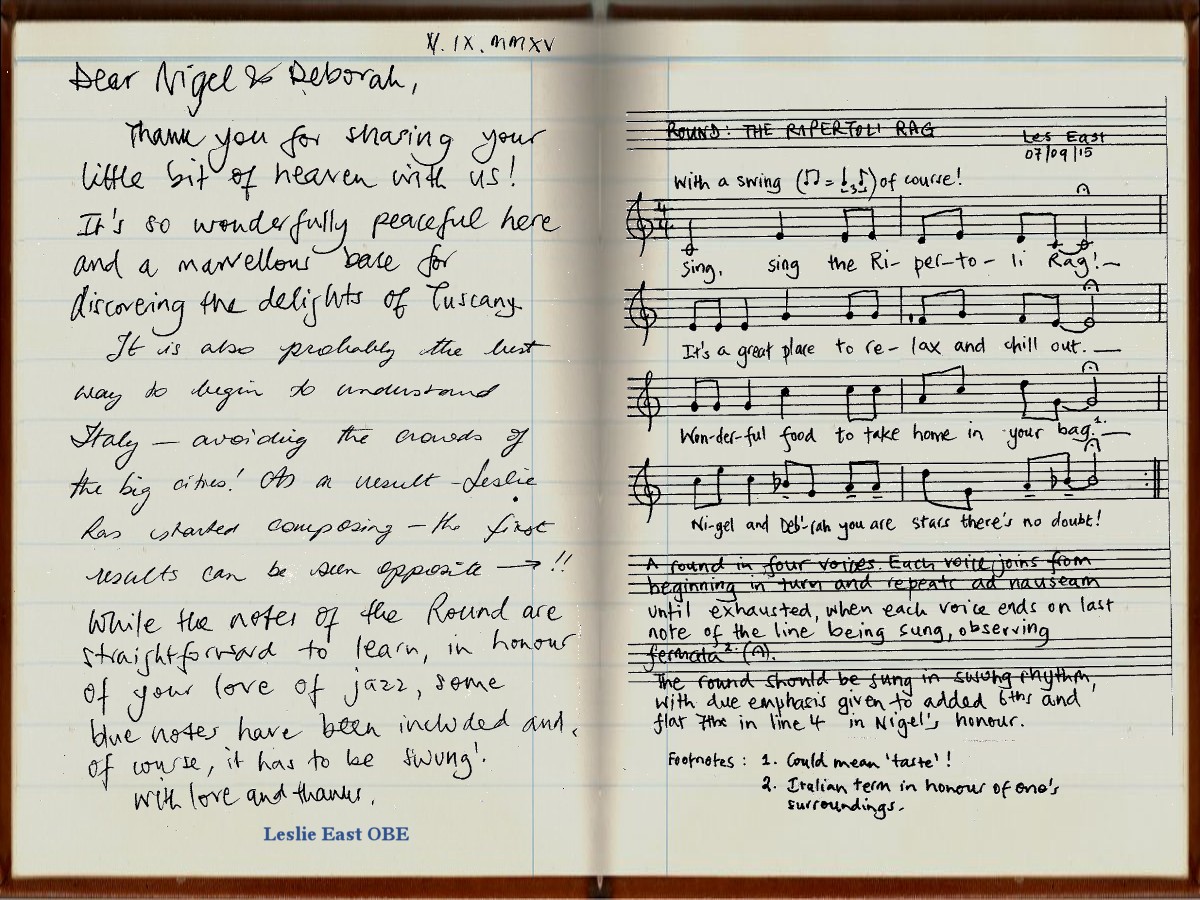